I was thinking of an appropriate year-end blog post. I first thought of making a list of things I am thankful for in 2011; but then I thought it will be the same old I’m thankful for my family, friends, job, material possessions, etc. and it will the same every single year. I then came across the blog of celebrity Bianca Gonzales: she has there a list of people who had made her year. I was inspired and I decided to follow suit.

So there, following is the list of ten people who had made significant contributions in my life for the year that just passed, 2011.

DISCLAIMER: The list does not include my mom, Tina Desuyo; because I find it unfair to tag her as having made significant impact on my 2011. In truth, she has the biggest impact in my life not just for this year; but for as long as I could remember. I love you madam! 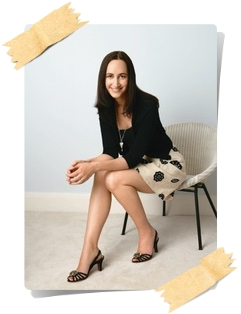 Yes, the author of the international Shopaholic series has inspired me in more ways than she can ever imagine. Call me late bloomer, but it was only in 2011 that I was able to finish the Shopaholic series. I was never a fan of long-reads, but Kinsella has really got me! She has inspired me to be the writer that I wanted to be and that’s just all I needed. Keep on writing, I wish I could be like you! 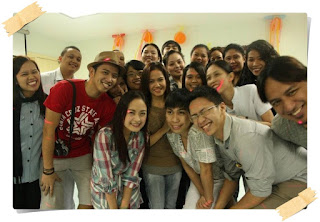 It is a first that I get to have workmates (those in the photo are nurses by the way, during our Christmas party). I am amazed on how groups of people work together in order to save lives. I have the coolest job and I’m happy to be doing what I have been doing this past year. Go 3C! 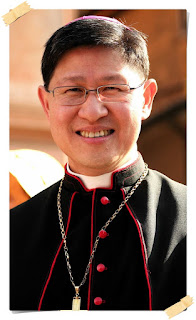 Now the archbishop of Manila, he is an inspiration to the people of Imus, Cavite. We miss those animated homilies, but we are proud that someone from the small town of Imus now represents the country’s capital. I bet Bishop will soon be a Pope. 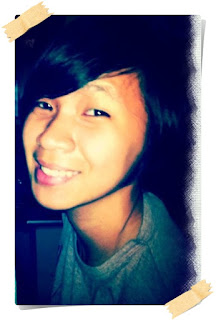 A.M. and I have been friends for almost five years now, we were classmates since 2nd year college and we’ve been inseparable since then. I love her wit, honesty, and zest for life. A.M. is at the moment still one of the thousands of unemployed nurses in the country, but I can say that she’s way a better nurse than me despite my experience. A very industrious person, I pray she gets her dream job this year. I love you tol! 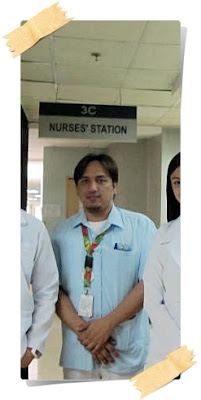 Sir Dek, my head nurse is one person who have contributed a lot to my nursing career. He sets a good example to all: despite his rank, he wouldn’t think twice of doing the job of a nursing assistant or housekeeping staff. A very dedicated person who never fails to crack jokes even at the middle of a growing tension. Really, if I would be asked to name a great nurse, I wouldn’t go as far as Florence Nightingale or Ediborah Yap; because here in 3C you’ll find one in Sir Dek. 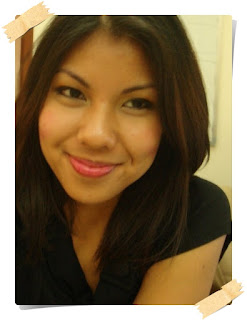 This pretty girl is one of my choir mates from the Marian Choir of Cavite. I have actually known her for more than 10 years now as we have also sang in the same group when we were kids. Despite these years, I can’t say that I really know her. She stands out in a crowd and people oftentimes find her presence intimidating; and that includes me. This year though, we partnered in business and I was able to know her better. I’ve learned that Sixteen is more than just a head turner: she’s funny meanwhile gorgeous, relaxed meanwhile hardworking, she has a big heart for her family but still with a lot more love to share. Tin, I apologize if I wasn’t a very good friend; I’ll do better in 2012. I love you! 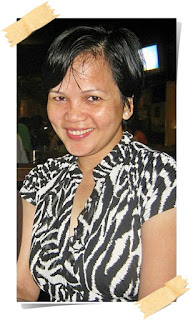 My aunt is by far the most generous person I know (I don’t know if I’ve thanked her enough for that beautiful orange stethoscope she bought me which I boast every single time). Tita Bebe, apart from being my aunt, is a cool confidante: I can talk to her as if she’s just one of my friends and our age gap is insignificant. Despite her residing in the US, she is always thoughtful and when she comes home for vacation, one helluva companion to be with. Thanks for everything, stay cool! 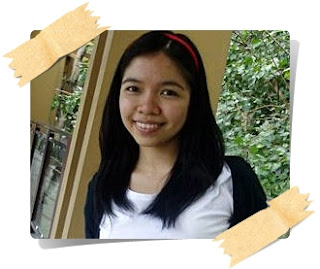 Ma’am Alona was a former co-staff nurse that was two years my senior. She was a kind teacher and I’m very proud to have her as my mentor. I remember my first day of work when she literally accompanied me to my patients because I was running late on the medications. I was close to tears that time, good thing she was there to help me. Ma’am Alona is now in Oman, I terribly miss her laugh and non-stop dialogues. Keep safe ma’am! 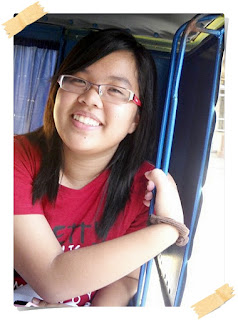 My only sister, is one person whom like Sixteen, I just got to know better this year. Yes, we talk and share the same room, but we do not have that sticky sisterly bond as most people have. With six years my junior, Aje is definitely more of a household chore-material than me. I’m glad that we’ve been closer this year, she says its partly because we see each other more often now as she recently joined my singing group. I look forward to more bonding time with you Aje! 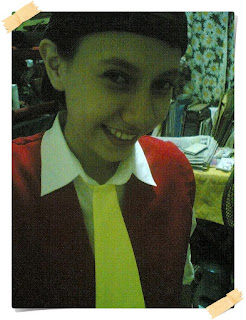 I know I shouldn’t be including her on this list, I have had a million debates with myself on this, but I’ve just decided to include Raelene. She is the granddaughter of our longest-staying patient that eventually went home recovered: the one featured in my blog post entitled Fulfilled. I have no consent as I write this, but she has just made a huge impact on me that I wouldn’t care less about a lawsuit.

Raelene is a fresh grad nurse with no work experience yet. I was inspired by her undying love for her grandmother as she religiously takes care of her 24/7 while she was still admitted. She does the vital signs monitoring, bedside care, and changes the soiled diaper for most of the lengthy admission. Her selfless love is undeniably one of the reasons Mother recovered. I look up to her as I do not have a grandmother anymore; I wish I was able to take care of her the way Raelene did.

Now that they’re home, I bet she’s doing a great job on Mother. Makes me think, great nurses are not all found in hospitals, some are at home, rendering their services for free for their loved ones.

How about you, who are your people of the year?
This is your time to recognize them, even if they will see your list or not.

Merry Duty! Gaga over a1, the Boyband