As I turn 22 today, I decided to spend it with no more than my family; no white uniform today, no metal charts, nor medication cards. Our destination: Enchanted Kingdom. As they say, ‘it doesn’t matter where you go to, it’s whom you are with’; and even though Mom insisted that she’s not riding anything more than the grand carousel, I’m sure as hell determined to enjoy my day. 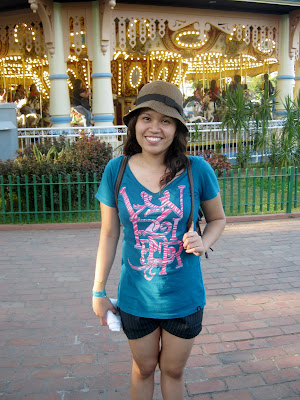 We arrived at around 3pm: extra clothes, cameras in tow. First ride was The Flying Fiesta, then the giant Ferris Wheel. More rides came in next, and I just had a sudden realization: I have not yet in any way overcame my fear of The Vikings, Anchor’s Away; or anything that has to do with large-scale swinging boats. I wish those things weren’t invented!

My sister Aje suggested that we take the rides where we would get wet last so we won’t walk around the park dripping; and we did just that. The sun has set when I, Aje, and Yoyo, our youngest, went to ride Jungle Log Jam; we left all our things to mom and my other brother Yves. When we were done, we headed to a  nearby stall to test Yves’ strength on pounding metals. I don’t know what the game is called, but you have to pound a round metal using an over-sized hammer; a cursor-like stuff then corresponds to your strength level, if the cursor hits the top, you get a prize. It took Yves five (5) tries and we got a crappy toy frog.

On our way to the last ride of the trip, Rio Grande Rapids, Mom noticed that our handheld camcorder was missing! We rummaged through all our bags: none, so Aje ran to the bench where Mom and Yves waited for us and also at the frog stall. Unfortunately, it was nowhere to be found. We learned that Yoyo accidentally left it on the bench; I guess everybody was so tired we forgot to keep track on things.

Our fun day is ending not-so-fun as the Rio Grande trip was not as enjoyable.

We were just getting ready to change clothes and go home as Yves went to the park’s Guest Relations Office to claim as he said the 5.8% probability that you’ll get back lost items in an amusement park. Minutes later, I saw him going back with a familiar object at hand: our dear camcorder!! I was really surprised to finally get it back, I mean that was almost impossible, right?

We then learned that it was surrendered to the office by one of the park’s maintenance personnel Ms. Soledad Sebastian. It was unfortunate that we were not able to thank her personally so we just wrote a recommendation letter. Truly, there are still a number of honest people in the world and Enchanted Kingdom, as well as its guests, are lucky to have them.

It was one helluva birthday celebration, and I thank God for giving me a lot of things to be thankful for. I was almost sure that my birthday will just go without a blog post (besides everyone has a birthday), but then I suddenly had a really cool blog-worthy experience! Who am I to predict again? 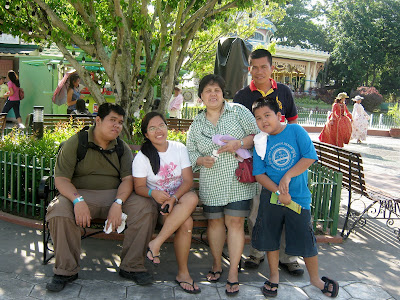 a CODE BLUE like no other NURSES in Isolation