What To Bring, Not Bring, and Expect at THE GREAT National Bookstore Warehouse Sale

The Great National Bookstore Warehouse Sale which promises to give 90% discount on books, supplies, and gift items is happening at the 4th floor of their Quezon Avenue branch in the corner of Scout Borromeo Street and Panay Avenue.

I made time to be there yesterday, a Friday, and made sure I arrive as early as 10AM to avoid the crowd. When I reached the top floor, I expected to see rows and rows of books, but then I saw rows and rows of… 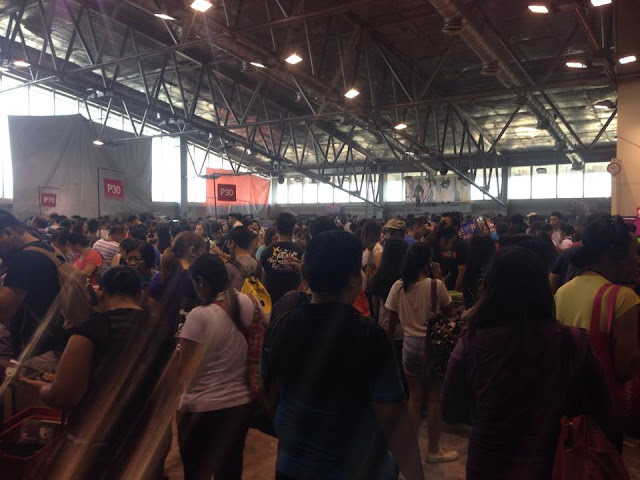 Here I am thinking I have outwitted the general public for coming “early”. So what else was there to do? I braved the warm, dusty warehouse and shopped. It took me one hour roaming around elbowing people then I concluded that there’s nothing much to see in the books department as most are just leftovers of the previous day. Some NBS personnel brought in new boxes of books which some teenagers fight with their lives for but I saw mostly titles of vampire stories I’m not really fond of.

I brought home 11 self-help books and gift wrappers. No novels for me as I have not, for the life of me, seen any titles from my list of authors. Despite my very poor and rather embarrassing performance, I still encourage you to come and visit the sale but first read through the following lists:

As there are many people, carry with you a lot of patience and good manners. After an hour of book-shopping, I spent almost 2 hours in line to pay at the cashier! No exaggerations.

You might not want to leave your finds as someone else might get them, so bring water and food so you wouldn’t need to go downstairs or leave the cashier cue. The venue is literally a warehouse: no air-conditioning units and the sale items are covered in dust so make sure to bring your medicine or face mask in case of emergency. The time I spent lining up for the cashier triggered my migraine but luckily, the pain was tolerable. I wouldn’t want to make a commotion for fainting. Ma-yayadub pa ko don! LOL

Only cash is accepted as payment for the warehouse sale. Bring enough so you wouldn’t need to go downstairs to withdraw money from the only ATM machine in the store, BPI; because again, you wouldn’t want to leave your shopping.

During warehouse sales, always bring reusable bags. This will not only help save the environment but it makes carrying heavy books easier compared to the paper bags they will provide. Some shoppers are wiser as they brought bags with wheels, it was indeed easier to navigate and no hassle in carrying stuff around the warehouse. I might bring one of those next time.

If you failed to bring bags, no worries, NBS reusable bags are available at Php 15.

You know the drill, this warehouse sale is like shopping around Divisoria, very unglamorous and tiring, so reserve your OOTDs for some other time.

It is not needed and will not be used.

Expect chaotic book, supplies, and gift items arrangement. They’re all marked down, so who cares? 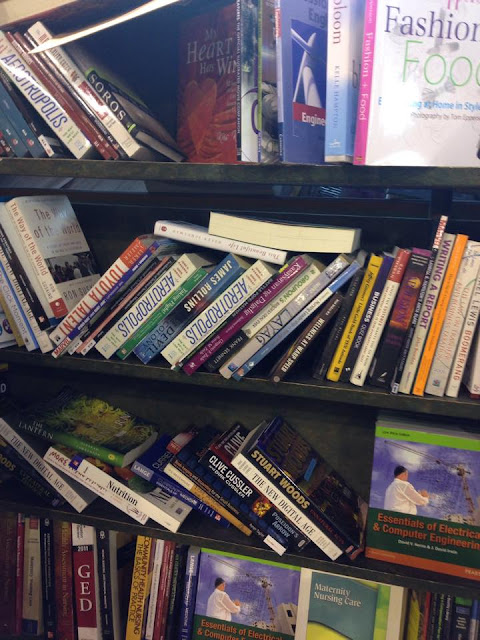 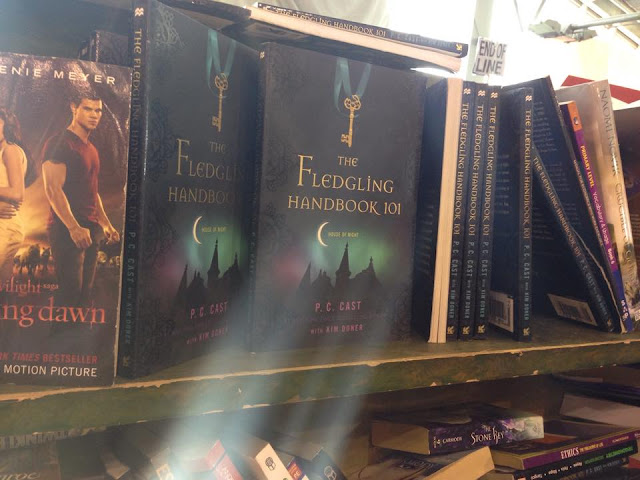 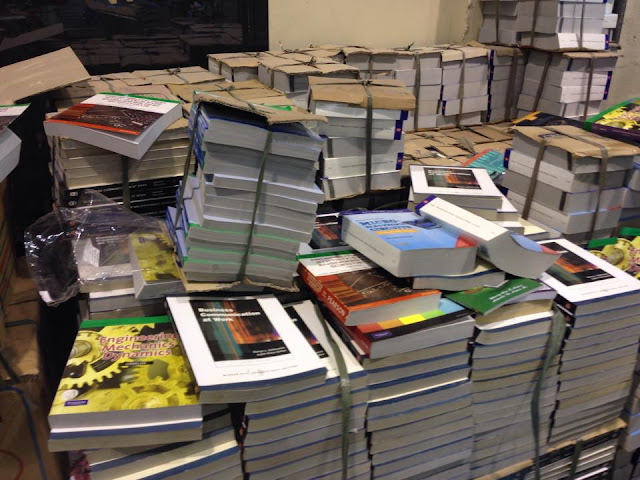 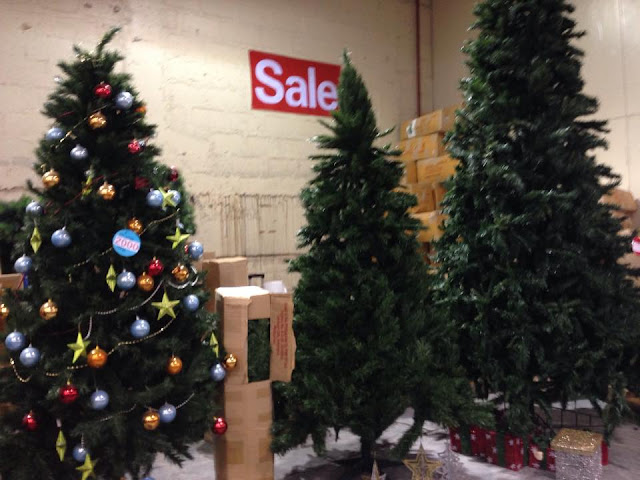 Fine, the sale wasn’t called ‘great’ for nothing. But I’ve been to a handful of NBS warehouse sales and I was shocked yesterday because I spent more than Php 1000. In all the warehouse sales I’ve been to, the price tags are further marked down into half upon reaching the cashier. For example, I’ve seen this beautiful Jodi Picoult novel ‘Handle with Care’ priced at Php 100 a couple of months ago at the NBS Warehouse Sale at The District – Imus. Upon reaching the cashier, I paid only Php 50 for the said book. Eventually, I bought about 13 books that day all at less than Php 300.

Yesterday though, I approached two different NBS personnel and asked if the scheme is the same. Unfortunately, they told me that whatever the price tag says, is the actual price. Again, the sale is great, but not cheap.

I’m not sure if I’m going back, I think I will just wait for the other warehouse sales near my area. Happy shopping!

I eventually went back five days after and my experience was waaaay comfortable and productive.

I tried my luck once again in this most beloved assembly of nerds and brought my sister with me. I was expecting chaos like the last time I was here but boy, I was disappointed. 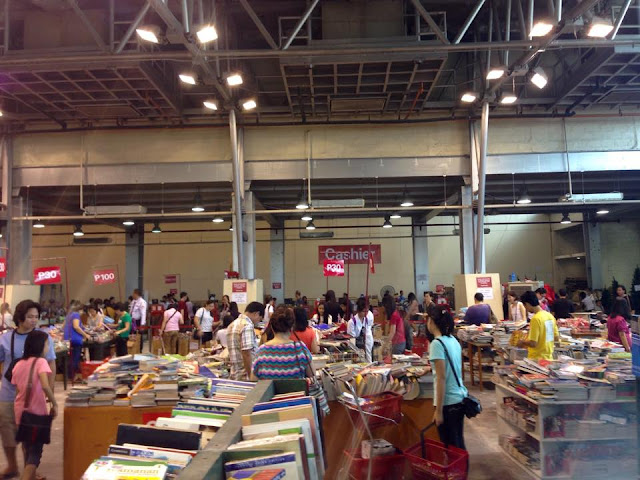 Or maybe not. It was so peaceful, I almost cried!

There was so much space to move around, we have our own red NBS cart, and the line to the cashier was absent. 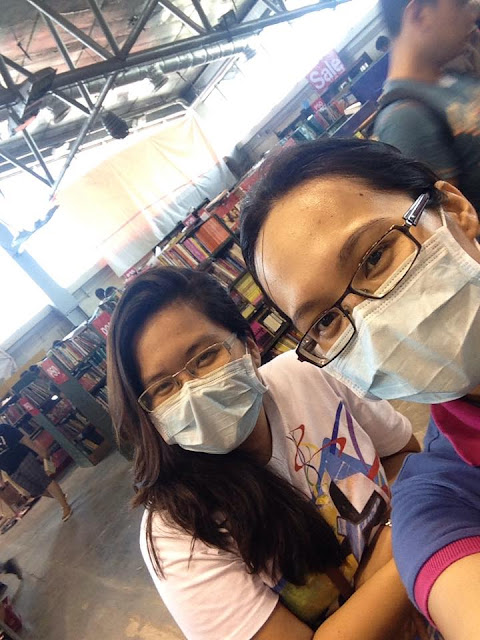 There was the occasional commotion whenever a new box is being opened (which if I may brag, I was really really skilled at), but the entire time we were there was total paradise. Now allow me to share my book finds: all at Php 150 each. Go ahead, it’s okay to be jealous 🙂 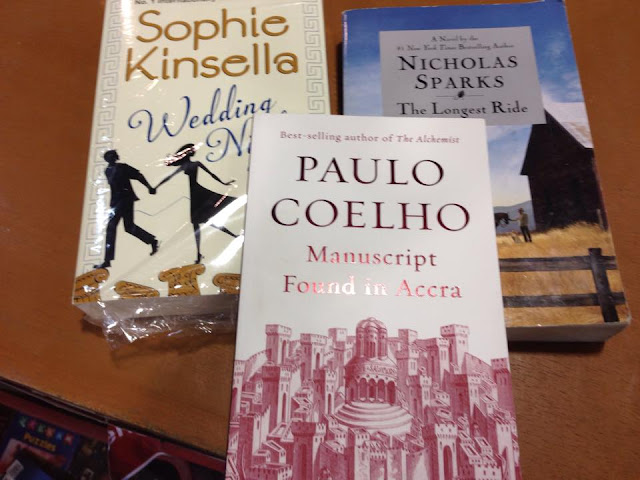 Blog O’ Speak Manila: Cheap, Fun, and Informative McDonalds Just Gave Away 100 V.I.P. Stickers and I Got My Hands On One! #McDoVIPsticker