How I Survived My First Mountaineering Hike: Mt. Jumbo, Benguet

I was never a mountain climbing kind of person, or anything-strenuous-kind-of-person, for that matter. I have received a lot of invites in the past for joiner’s climb, but I declined them all. For one, I love myself too much I don’t want to hurt or tire my body. Sounds fair, right? There was this one event though, that I just couldn’t say no to. Thus, I went for a mountain climbing trip to Mt. Jumbo in La Trinidad, Benguet and actually came out alive.

Prior to coming to Baguio, I have already read a handful of blogs about this mountain. I have learned that it has a lot of names: Mt. Yangbew, Mt. Jambo, Mt. Jumbao, and more. But for the purpose of this post, let’s call it Mt. Jumbo. It was named like that because it was used as a venue for American scout jamborees in the past. I also learned that the trail is for beginners, they said that in the scale of 1-10, the level of difficulty of this trail is 2-3. That is the information I held on to on the day of the climb.

So on that chilly Wednesday morning, we left Azalea Residences Baguio past 5AM as we wanted to catch the sunrise at the mountain summit. We ate breakfast in the van and upon reaching the starting point of the trail, we walked on the uphill trail that started as rocky, then cemented, and eventually rocky again. As I have said, I am not into mountain climbing, so I was actually not wearing hiking shoes because I don’t own one! Luckily, my shoes held on despite some very minor slips and tolerable pain when I accidentally step on sharp rocks. 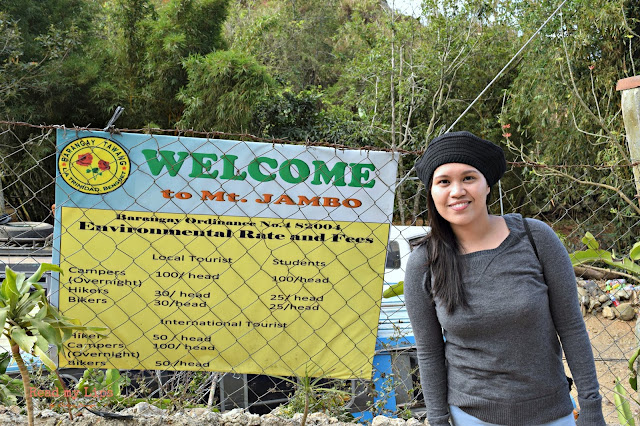 Be sure to look at this photo for some vital information! 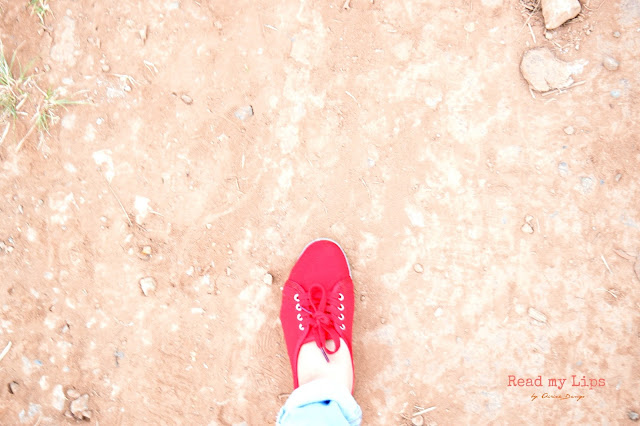 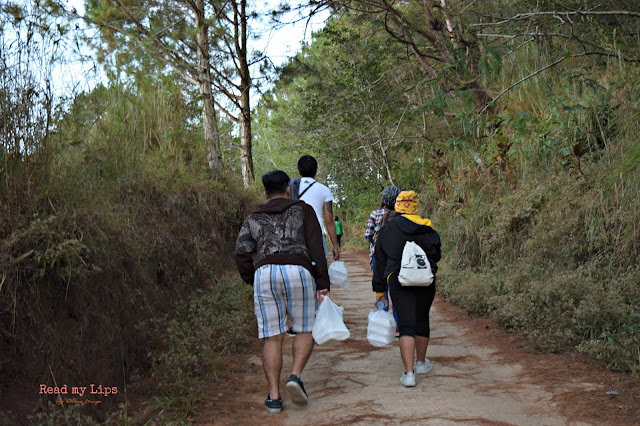 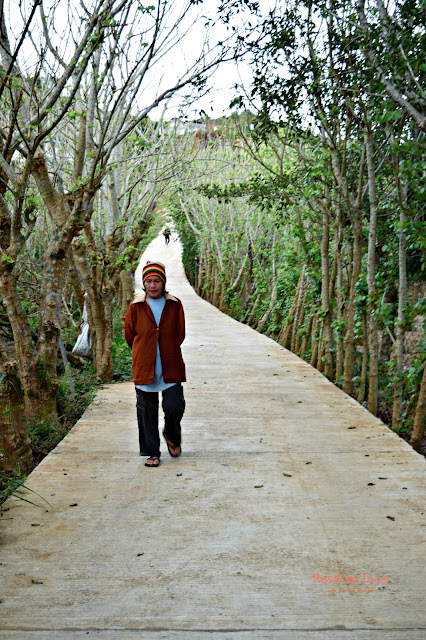 I actually couldn’t remember how long I did the trail but it would definitely be more than an hour. Yes, the sun was already up so I failed in the sunrise attempt. The summit of Mt. Jumbo has the best 360-degree view of Benguet. There was cool breeze and everywhere I look is a picture-perfect shot waiting to happen. 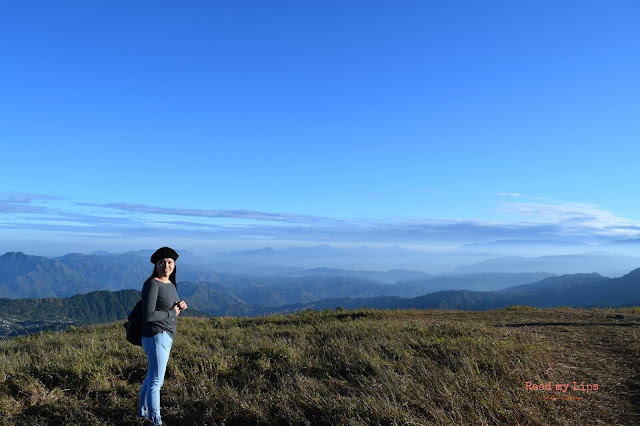 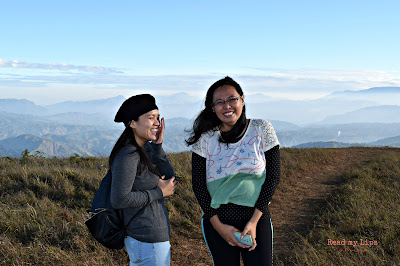 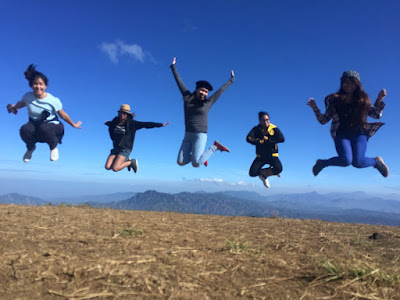 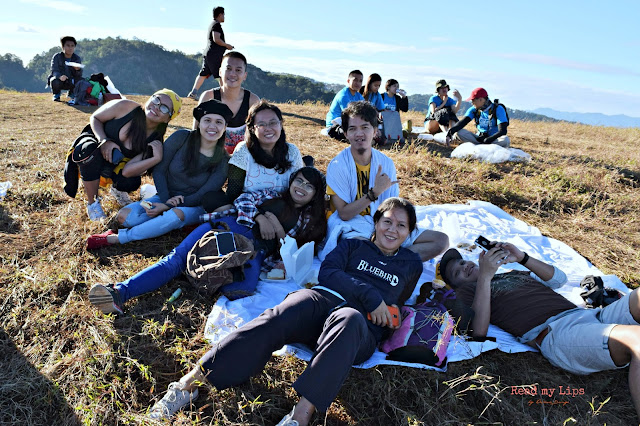 At around 10AM, we already started to leave as it was getting really sunny. The original plan was to wait until lunch time and have a picnic there, but it just wasn’t feasible: it became too hot.

I had a companion who had a sprain and couldn’t walk properly for the return trip. Luckily, one of the guides offered to let her ride a horse as she goes down. 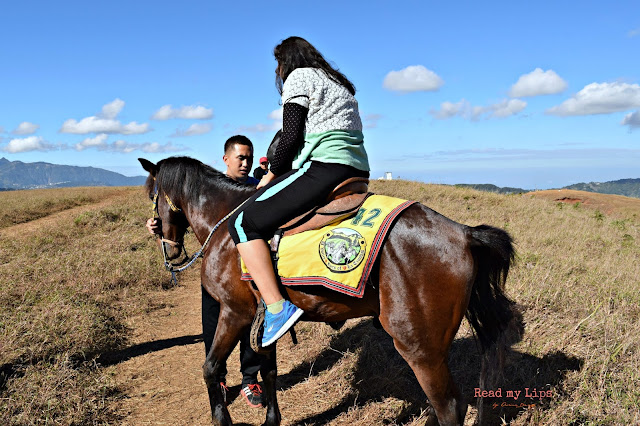 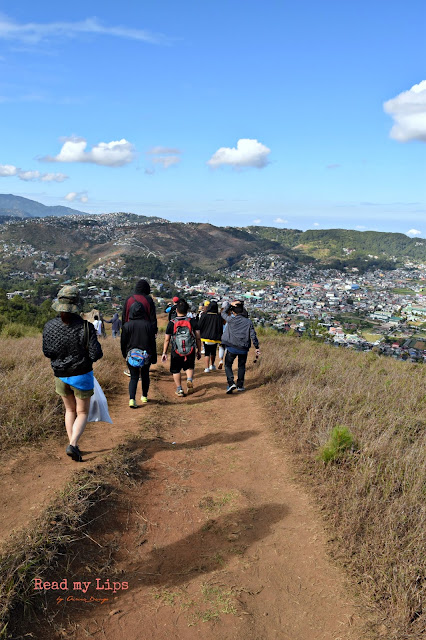 I thought that after the hike I would suffer from various body pains and would be bedridden! Well, it was tiring but in a tolerable manner. So if that hike is a 2 or 3, I conclude that I am better off having a 0 or 1 trail, if there’s any.

Overall, it was a good experience. Not bordering on “fulfilling” or “awe-inspiring”, I’ll leave it at “good experience”. At least I had no injuries. I guess I wasn’t that bad for a first-time climber. I even went horseback riding right after!

Will we ever do this again?