This Happened When I Tried Couchsurfing for the First Time

I honestly don’t know if I could ever give justice to my first ever Couchsurfing (CS) experience through this blog post, but I will still give it a try. I have read that a lot of travelers have used this hosting platform: some of their experiences were good, and some were not. Of course, safety is an issue here as you would live with someone you barely know in a far away place. It is a different take from the usual hotel accommodation we are all accustomed to.
To add to my uncertainty, it was not just my first CS experience; it was my first solo backpacking trip ever! It was something that I wanted to try for such a long time, so when a seat sale presented itself; I booked that flight. Destination: DAVAO CITY. 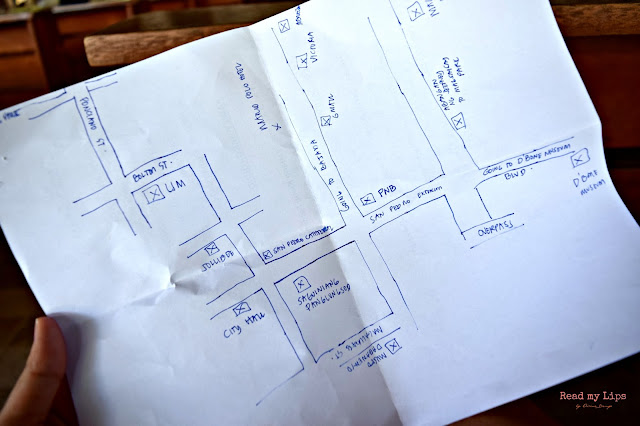 Truly, I was hesitant when I first signed up on the Couchsurfing website. It was months before my trip, but I already scrutinized my potential hosts. Since I am alone, I made sure that I pick a female or a host family. I sent a request to a girl who lives with her family (I believe I would be able to relate well to her as I am very close to my family too) and to a girl, same as my age, who has a lot of positive references from Couchsurfers.

Shortly after I sent the request, I got a confirmation from the second girl, Mae. I remember being excited and nervous at the same time! I will be arriving on a Thursday night, but I told her that my flight is in the following Friday morning as I don’t want to inconvenience her by arriving late at night (I actually planned to sleep on the airport).

THE Day (or Night Rather) Has Come

But on the day of my flight, she insisted on knowing what time I will arrive and I couldn’t lie to her. The next thing I know was we were already exchanging text messages as she fetched me at the airport. I saw her in a white dress that Thursday night and it feels so awkward to be fetched by someone I just saw for the first time.

As we travel to her house from the airport, I remember thinking how crazy the idea was. That moment, I still couldn’t believe I am actually doing what I was doing. Her house was quite far from the airport. The road leading there was so dark, but I remember that she kept on talking to me the entire taxi ride. Surprisingly, I didn’t feel scared.

We spent that first night chatting about life, love, and travel. You sure couldn’t expect silence with two girls in one house! She drew maps of their village and the city proper for me. I was just so glad she did as I have zero sense of direction. It was my first time in Davao City so you could just imagine the disaster that would happen to me without a map. We slept around 3AM.
The next morning, I woke up to a newly-cooked breakfast of garlic rice and tuna. I was so surprised; I didn’t know why she cooked breakfast! However, I know that it would be rude not to eat so I ate a lot. And besides, when it comes to food, I was never shy LOL, it was just the effort that surprised me. Afterwards, we chatted until noon. It was unfortunate that she needs to go to work so she couldn’t come with me as I tour the city.
The same thing happened the next day, she prepared breakfast for me and wouldn’t allow me to pay the transportation fare whenever I’m with her. I kept on insisting to pay as I have prepared money for the trip, but she wouldn’t allow me.
I also met Rosa, another Couchsurfer, who offered to bring me to some of Davao City’s eating places. Because she is a local, she knows where to buy cheap Durian and which local ice cream tastes better. Surely, that is something I wouldn’t have known if I booked for a hotel and pursued my trip literally all by myself.

Never did I also rode a taxi to go around the place. I used public transportation the entire trip (with Mae and Rosa’s advice, of course) so now, I can say that I can quite knowledgeable in their public transport.

I realized that more than sharing their home, Couchsurfers also impart what they know regarding their area. I am naturally curious and it was awesome that I get instant answers from legitimate residents. For example, do you know that Davao doesn’t have Meralco, the electricity provider? They have Davao Light instead. Cool info, eh? And since I can’t speak their local dialect, my new CS friends translate for me. Amazing!
Aside from the free accommodation, Wi-Fi, food, and travel advice, the memories and instant friendship are my ultimate take aways from this Couchsurfing experience. On the night of my departure for Manila, Mae decided to bring me to Abreeza mall to chill and wait for my flight. We left my bag on the mall’s baggage counter, but we got carried away chatting (obviously) that we forgot that the mall is about to close! We hopped from one entrance to another to access my bag. Mae was so scared but I was just laughing at the situation. I almost left for Manila without my clothes, but we eventually found it.
I gave my first CS host a gift before I left, it was a copy of Paulo Coelho’s “Manuscript found in Accra”. I was supposed to read it during the trip, but didn’t find the time as every day was packed with activities. Why do I always do that? Bring books I couldn’t read?
She was so thankful for my gift and even told me that she didn’t have anything to give me. I was like, “What are you talking about? You hosted me for three nights, cooked me breakfast, and shared your air-conditioned room with me, remember?”

I made a lot of friends during that trip and it was the most memorable trip I’ve had so far. I’ve learned that people are extra friendly and helpful to you once they learned that you are travelling alone. Couchsurfing taught me how to trust again. It allowed me to make new friends 1500 kilometers away from home. For sure, there wouldn’t be any hotel booking for me for the time being. Thank you so much Couchsurfing!


How about you?
Have you tried to Couchsurfed or is planning to do it?
Share your thoughts below!