This German Uni has a Jail for Naughty Students: Heidelberg Student Prison

Many cities take pride in their beautiful churches, majestic castles, and interesting museums, but not all of them have a student prison like Heidelberg in South Germany. Oh yes, they lock up students here! That’s how ruthless Germans are, no kidding. Continue reading before you react please, LOL.

So, Heidelberg University, one of the oldest universities in Europe, from the time of its foundation, exercised legal jurisdiction over its students. When the police caught a someone and this person presented identification that he is part of the university, he cannot be castigated like any other citizen; it’ll be the dean who will decide what to do with him.

In the 17th century, the Heidelberg Student Prison (Studentenkarzer in German) was opened. The aim, of course, was to punish students who have made misdemeanor, including but not limited to the following offences:

Come to think of it, students centuries ago weren’t very different from today, eh? LOL 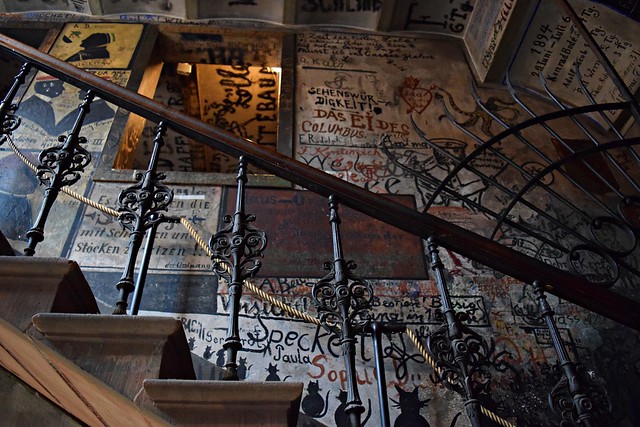 Confinement to the Heidelberg Student Prison usually lasts from 24 hours to 4 weeks. On the first two days of their sentences, the ‘inmates’ were only given bread and water. After which, they can have food (and many times, beer) delivered to them. They would also need to attend their classes during confinement and they can easily do this through a special hallway connecting the prison to the university. 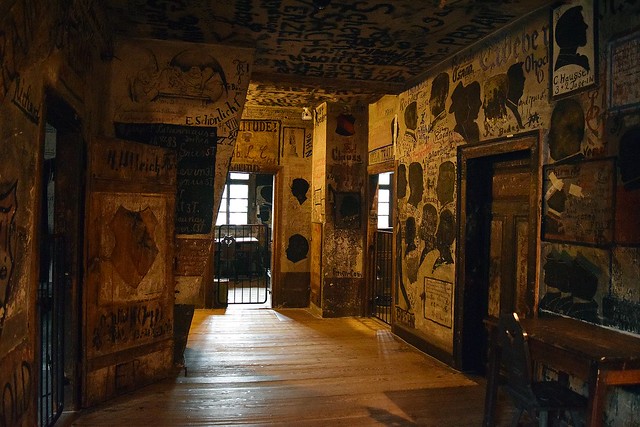 The prison doesn’t look like any of the real prisons we have anywhere: there are no bars (the ones in the featured photo was actually a steel door), just hard beds and straw mattresses. It looks more like a shared apartment than a jail, to be honest! The inmates spend their time playing cards, carving their names on the tables, vandalizing the walls with graffiti of their faces, stories of how they ended up ‘behind bars’, and often just funny and senseless writings.

By this time, spending time inside the prison became part of most Heidelberg University students’ bucket list that they intentionally commit misdemeanors to end up inside. When one in a group of friends is about to end up in ‘jail’, his friends would dress up as juries, do a humorous pre-jail ceremony, and accompany their friend to the prison.

As students bring beer for their friends after the second day of confinement, the prison became a party place instead of a place for repentance. Honestly, it was a very cheerful and comfortable place for the inmates. 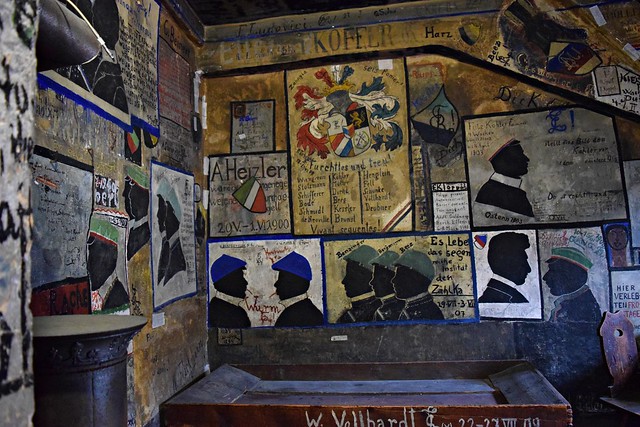 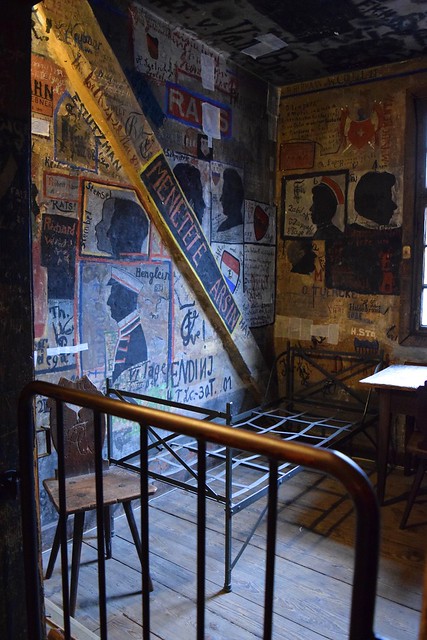 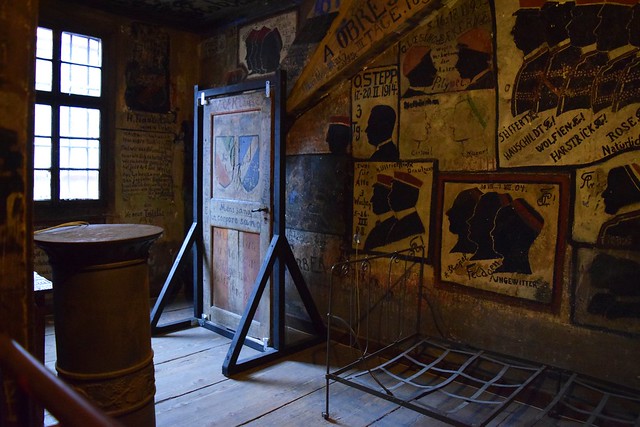 It eventually became too crowded that the prison director would oftentimes need to ‘schedule’ when the prisoners can spend their time inside. There were times that they had to wait for months before entering as it is already fully booked! Just like when you’re booking for a holiday! Crazy!

By the year 1908, the university officials realized that the student prison was not fulfilling its purpose of making their students come to their senses. There were also speculations that perhaps the students’ misdeeds were not really worthy of imprisonment and perhaps the university officials were just overreacting. The Heidelberg student prison also became completely useless in times of mass offences because it was always overcrowded. It became nothing but a subject of mockery.

When World War I broke in 1914, the prison was closed.

IMPORTANT TRIVIA: Only male students spent time in prison for its entire duration. This is because women were not allowed to study until 1912, and the place has been closed down two years after.

MORE IMPORTANT TRIVIA (LOL): World-renowned American author Mark Twain was an alumnus of Heidelberg University and became greatly curious of the student prison. He was one of the many people who pleaded to be taken in there and he even wrote his observation in his work, A Tramp Abroad. 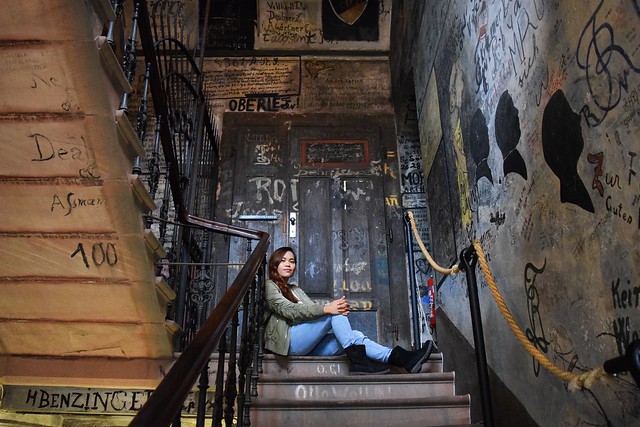 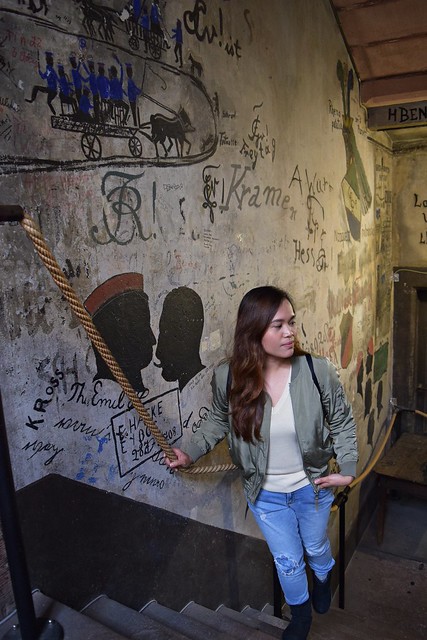 The Studentenkarzer is now a place of memorial and visitors can go in for only 3€.

With the same ticket, one can also visit the Heidelberg University Museum and the Alte Aula, a grand auditorium used for lectures and other academic ceremonies. Don’t miss the Alte Aula; just look at this beauty: 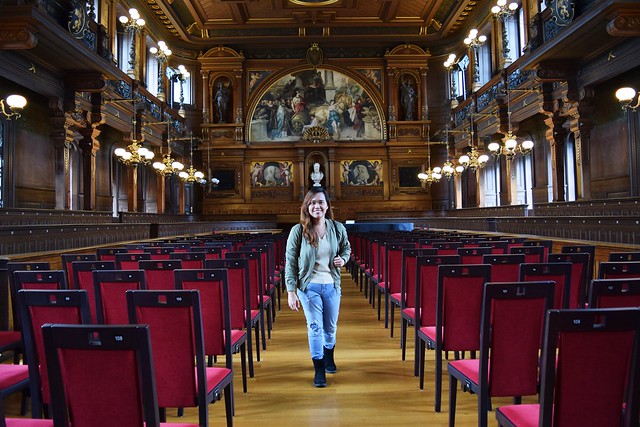 Cool story, eh? What do you think?

Peng and Paper turns 8: History, How to Start a Blog, and More THE PEOPLE OF MY 2018