When I posted that I went on a 6-day Scandinavia trip, I received messages from people asking the same thing:

‘Is it really expensive to travel in Scandinavia?’

Last Spring, together with my friends Kurt, Jean and Lemuel, I visited Copenhagen in Denmark, Oslo and Skien in Norway, and Gothenburg in Sweden. It was, in my opinion, one of the best trips I’ve had so far, but it could have been better if we haven’t made wrong decisions on spending our money.

These mistakes were actually caused by one honest slip-up which catapulted to a series of unfortunate events. Pay attention then to the first one on the list.

Gosh, I can imagine you cringing now. As hard as it may to admit, we planned our trip in terms of itinerary, accommodation and all other things. However, we failed to research on how we’ll go about spending money on those three countries.

We just know that they all have different currencies (Danish, Norwegian, and Swedish Krones) and we planned to exchange our Euros at the airport or train stations.

That was so wrong.

Coming from a country where cash is still king, Germany, we had no idea that spending cash in Scandinavia is almost frowned upon. Germans are very careful about data protection (Datenschutz) that’s why a lot of people still prefer cash and stay away from credit cards, so this is what we are used to. But in Scandinavia, it’s completely different: there were times that we came across places that do not accept cash at all. 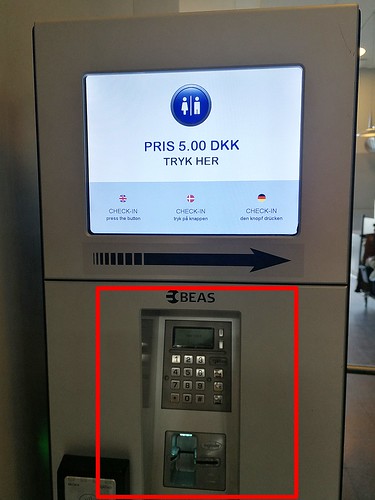 Notice that this restroom door machine in Denmark accepts only cards: there are no slots for coins or bills

We did this for more or less three times, once in each country. And not only were we losing money due to the fluctuating exchange rates, but it also added to our holiday stress because we constantly looked for places to exchange our cash. We sometimes had to go from one place to another to compare which one provides better exchange rates. So wrong and so unnecessary. 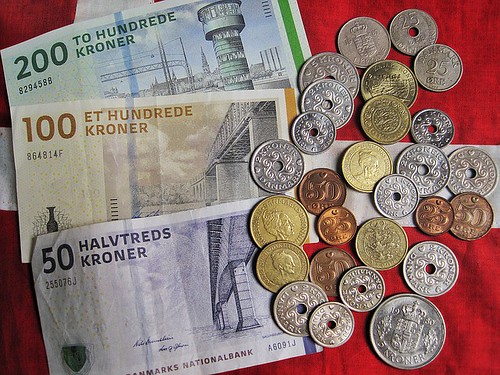 By the end of our Scandinavia trip, in Sweden, I realized I still have 600 Swedish Krones (almost 60 EUR). I have no idea when I’m coming back to Sweden, so we decided to spend as much as we can on our last day. We bought souvenirs and food for our flight back. I got bars of chocolates as ‘pasalubong’ to friends which I wouldn’t normally buy. None of these expenses were planned and I could’ve used the money on more important stuff.

If I was forced to spend on things I didn’t need, my friend Jean had it worse: as we were about to board our bus back to the airport, she went to a shop to buy coffee. She then pulled out a handful of odd-looking coins and had to ask the girl at the counter which of those coins were from Sweden! HAHA

They were labeled with words we don’t understand so it wasn’t clear to us which ones were from Denmark, Norway, or Sweden. It’s quite funny now but during that time, it was just utterly practical.

How can you avoid the above money mistakes then?

Obviously, stay away from using your hard-earned cash. I suggest that you use a credit card, or better yet, an international debit card under Mastercard. I personally use N26 as my travel fund account. It’s a debit card and is quite practical to use as it wouldn’t function if you haven’t funded it. It’s useful especially for people who don’t trust themselves with credit cards or for those like me, who like to track their money.

I used my N26 card in times where there were no cash options during this Scandinavia trip. One great thing about it is one can pay in any currency and it’s automatically converted to the base currency: Euros, in my case. For example, I once paid lunch in a Danish restaurant for 200 DK using my N26 card, this amount was automatically deducted from my account in Euros, about 25 EUR.

If only I’ve used it during our entire Scandinavia trip, it should’ve been easier for me to track my money. All my expenses could’ve been automatically converted and recorded real-time in my N26 mobile app. It’s such a shame that my friends and I learned about this feature a bit too late.

When I was in Oslo, Norway, I was also able to withdraw money using the said card directly in Norwegian Krones even though it was funded in Euros. My withdrawal was completed with no extra charges. We went to a money exchange shop before withdrawing money and thank God we haven’t completed the transaction with the said exchange shop, because the conversion was about 4% less. I learned that one can use N26 anywhere in the world and it’s one of the easiest ways to pay, withdraw, and accept money even in different currencies. 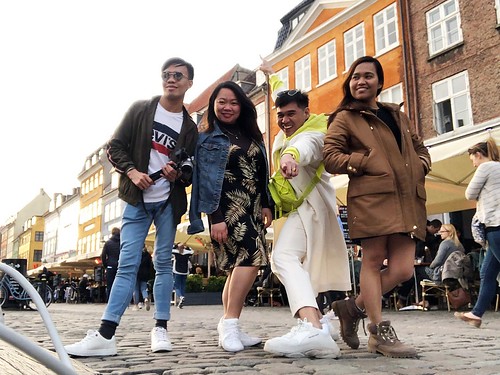 Of course, we weren’t entirely ignorant and while we committed the above financial errors, we also had our share of practical hacks as we tried to save money. Perhaps you can get an idea or two from this list.

Our trip’s main purpose was to watch A1 Boyband’s concert in Skien, Norway. After learning that direct flights from Stuttgart to Oslo were around 200€, I looked for other options and ended up landing in Copenhagen for less than 65€, round trip *wink

[Related post: I Learned to Fly and Watched A1 Boyband in Norway]

I’m just saying that to get cheap flights or road transfers, look for other options or destinations that can connect you to where you’re supposed to land. Sometimes it takes more time, but can give you more chance to explore and save some cash. 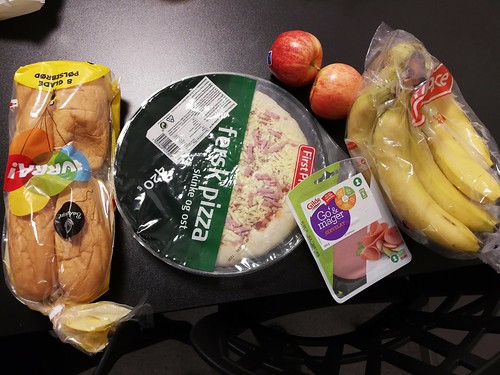 Grocery shopping in local stores is not only cheap but it allows you to have an authentic experience of the place where you’re travelling. You get to acquaint yourself with the brands specific to the country or compare those with what you also have in your hometown.

Our first meal in Norway cost around 250 NOK (25€). We figured that if we continue eating out with this amount in the next two days, that wouldn’t be very practical. We then went to a supermarket near our hostel and bought pizza, bread, ham, and fruits for around 100 NOK (10 Euros) per person. These served us for dinner, breakfast, and as snack for our road trips.

A couple of weeks after this Scandinavia trip, I hosted a young Couchsurfer from Norway. She agreed that grocery shopping is definitely one of the cheap but very limited ways to travel in Norway on a budget *wink 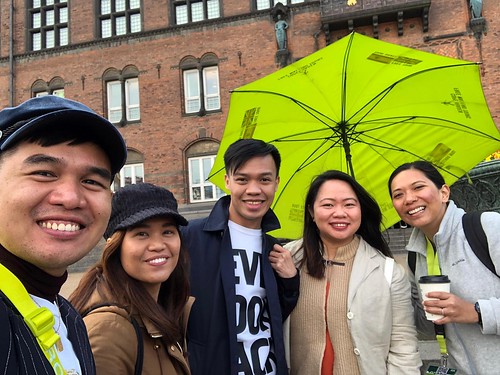 With Penny, our Filipino tour guide in Copenhagen (rightmost in photo)

Free walking tours are very common in Europe. I’ve done it here in Stuttgart, in Berlin, Frankfurt, Heidelberg, Munich, Amsterdam, and of course in Copenhagen (twice), Oslo, and Gothenburg. The concept of such free tours is simple: you are not obliged to pay a specific amount of money, only how much you think the tour is worth. If you were impressed with the tour, you can give 20€, 50€ or if you’re feeling generous, then 100€. But if you think that the tour is worth nothing, no one will force you to give money.

Our favorite free walking tour guide to date is Penny of Copenhagen Free Walking Tours (right most in above photo). Yup, you guessed that right: she is a Filipino living in Denmark for 2 years now. We joined her 3-hour tour of the city as she explained its beautiful history with great enthusiasm. From listening to her, I can tell that she found a home in Copenhagen and that she enjoys sharing her love and knowledge of the city to travellers like us.

Such tours can be booked by simply going to Google. Type “free walking tour [insert place]” and you’ll be directed to several websites offering them. They are usually run in English or Spanish. In some companies, you need to do reservations, but in others, it’s enough that you show up at the meeting place. Make sure you read the terms of the tour before signing up.

All in all, I spent about 500€ to 550€ for this Scandinavia trip. Yes, still relatively cheap for 6 days and in 3 countries. If I and my friends haven’t committed the mistakes above and have used our N26 cards extensively, I should’ve kept my costs lower and should’ve written a more detailed post. But well, not bad at all; I’m charging all those lost money to experience.

Have you committed some money mistakes while travelling? Share them below!

Downright Weird: This Hostel in Sweden Had No One in Reception Our Entire Stay, and the Days Before That THE PEOPLE OF MY 2019